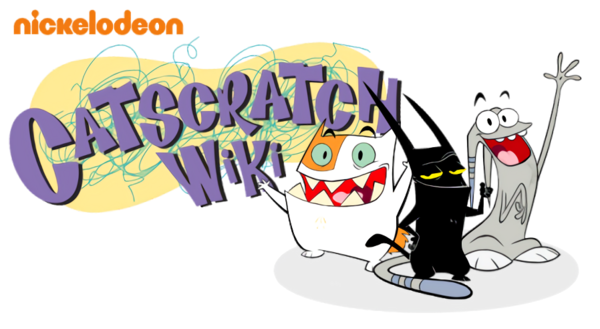 The #1 resource for the criminally underrated Nickelodeon cartoon!

This site can tell you anything you need to know about Nickelodeon’s Catscratch characters, episodes and tons of other material.

We are currently editing over 385 articles and 2,191 files, and counting!

Have a look around our lovely community!

We'd love to see you contribute and help us out, just keep our policies in mind,

and make sure to report any issues or concerns to the admins, Doc O'Yee and CartoonEverything.

Doug TenNapel and Nickelodeon’s Catscratch is an all ages animated television series that premiered on July 9th, 2005, and ran until February 10, 2007, leaving the show with an amount of 40 individual episodes in 1 season.

The show focused on the life of three cat brothers whose owner left them with a ton of money, a monster truck, and a mansion when she died. Nowadays, the cats face party-crashing zombies, laser shooting aliens and of course, ducks!

...Now if only there was a DVD release of this series to speak of. Oh, well. 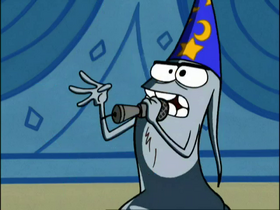 SONGS
The many short tunes throughout the show 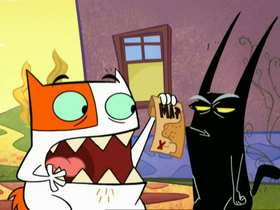 LOCATIONS
Where would you like to drive Gear to today? 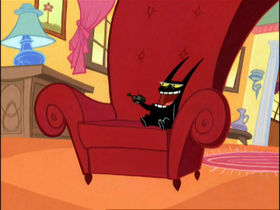 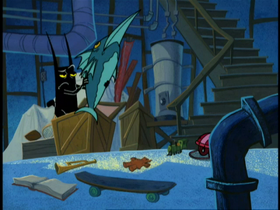 ITEMS and WEAPONS
How 'bout we just look around in the basement? 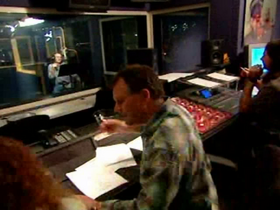 CAST and CREW
The cats behind these cats, in Nickelodeon Studios

Read up on some of the many inhabitants of Bakersfield!

A few bits of Catscratch media we'd recommend taking a look at!

Nickelodeon's Catscratch Making Of Artwork
A look into some early concept artwork of Catscratch, some also relating to GEAR! 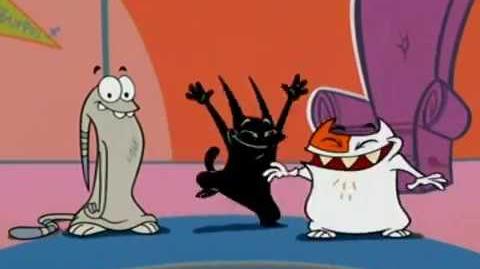 Catscratch Behind the Scenes Featurette unknown year
An inside look at Catscratch!

Every huge Catscratch Wiki-related update will be chronicled in this division.

4/3/22 - The pages for Gordon, Waffle and Mr. Blik have been further restricted due to excessive fanon information. They are quintessential pages. If there are any edits that you would like to see on the page (misspells, grammar issues, further info, etc.), put them in the comments. If necessary, they will be added.

8/18/20 - Wiki background updated to be less blurry and fit more screens. Hopefully it's an improvement. Also, the policies on the site have been given an overhaul. It is imperative that you read through them. Be a respectful newt.

4/24/18 - CartoonEverything has officially been given Co-Administrator rights to the Catscratch Wiki!

11/13/17 - A few rules and policies have been set up to give this Wiki better structure. It is highly recommended that you take a look at them before contributing any further. It gets updated every so often so make sure you check back.

10/24/17 - The main page has been restructured to better match the source material. All graphics done by Doc O'Yee.

9/9/17 (12/22/20 EDIT) - Catscratch was remastered by use of German footage, but the footage has been taken down because of big papa law. Thaaaank you for ending world poverty by cracking down on streaming!

Go to these sites for info or for help with your own wiki!

Heads-up: Due to technical errors, the main page might not display exactly as intended for those who don’t use Adblock.

We dearly apologize for any inconvenience, however the page should still function just as fine.